Kiadó: Public Foundation for the Research of Central and Eeast European History and Society, Budapest, 2014

“The European fraternal war demanded huge sacrifices. Over 6% of Europe’s population either died or were seriously disabled. There were twenty million disabled and over eight million dead on the battlefields. The weakened population was further destroyed by the Spanish influenza, which claimed nearly twenty million victims. The losses suffered by historical Hungary were horrific. There were almost 700,000 who died a hero’s death, the same number injured, and the same number captured. Of these figures, the loss of soldiers whose mother tongue was Hungarian reached 350,000. This was almost double our battlefield losses during the Second World War.” (Mária Schmidt) 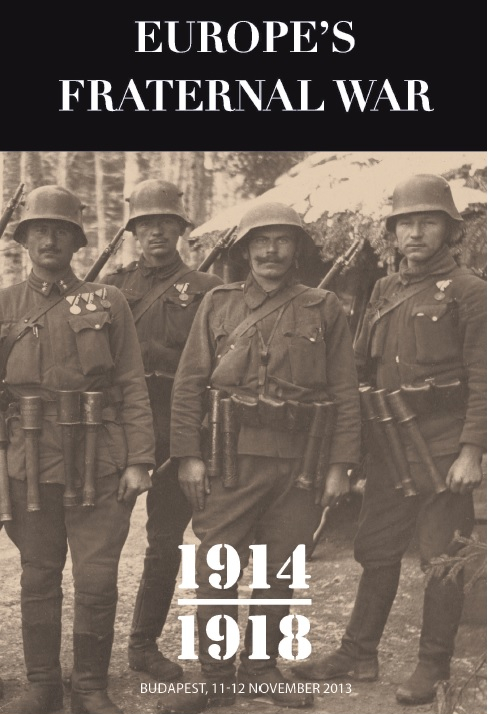